Thank you for your interest in this trip. If you want to revisit this page, use the QR-code shown or use the following link: http://www.itravel.com/select/6294-tongariro-alpine-crossing Crossing the Mount Tongariro volcano is one of the most popular day hikes in New Zealand. We will pass an impressive volcanic landscape... A wonderful moon landscape awaits you.

The Tongariro Alpine Crossing is often described as the most popular and spectacular day hike in New Zealand. It takes you past lunar landscapes with craters, pumice stones, and turquoise blue lakes to volcanic rock - an environment unlike anything else in the world.

Do you recognize the landscape? That’s right, the stony wasteland around the three mountains Mount Tongariro, Mount Ruapehu, and Mount Ngauruhoe is Mordor. Mount Ngauruhoe was Mount Doom in the LOTR films. At its foot were once orc armies and, at its summit, a hobbit held the fate of Middle-earth in his hands.

The path starts in Mangatepopo Saddle. At first, it follows a stream with old lava before the ascent between two mountains starts. At the top you will be presented with a breathtaking view. On one side is “Mount Doom” with its flat volcanic plain and, on the other, bright emerald green lakes. The intense color of the water is created by minerals. Far in the back you can also see Lake Taupo. Later the descent begins, back to the foot of the mountain. Frodo would be very proud.

Round trip transportation from National Park Village and Whakapapa Village Accommodation included (07:00 AM)

Please let us know if you need a rain jacket, backpack or other equipment (for a fee).

National Park Village: Pickup from accommodation is possible, or come to the National Park Base at 3 Waimarino-Toaanu Road. Meeting point approx. 08:00 - 08:30.

Whakapapa Village: Pickup from accommodation is possible, meeting point between 08:00 AM - 08:30 AM. Please let us know if you need a rain jacket, backpack or other equipment (for a fee).

Hike past moonscapes and turquoise lakes
Make An Enquiry Explore the cave systems with a guide. 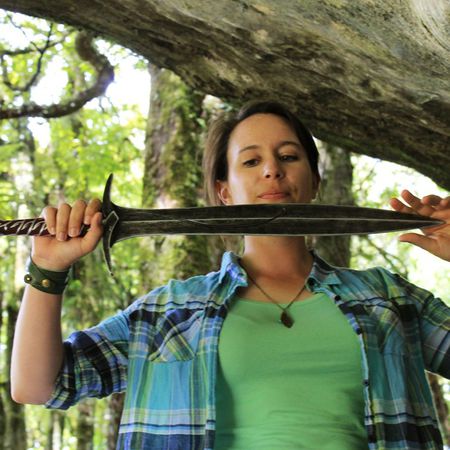 Want to stroll through the sets of the Hobbit films and listen to exciting stories? No Tolkien... Join us at WAI-O-TAPU Thermal Wonderland, south of Rotorua, and experience how New Zealand's... What would a trip to New Zealand be without experiencing the fairytale film village of Hobbiton,...