Thank you for your interest in this trip. If you want to revisit this page, use the QR-code shown or use the following link: http://www.itravel.com/select/6662-canyon-sightseeing-flight High above the Grand Canyon, completely new angles of the impressive landscape are offered. The Painted Desert is beloved by photographers and photography enthusiasts. Deep gorges and extraordinary rock formations make up the landscape. 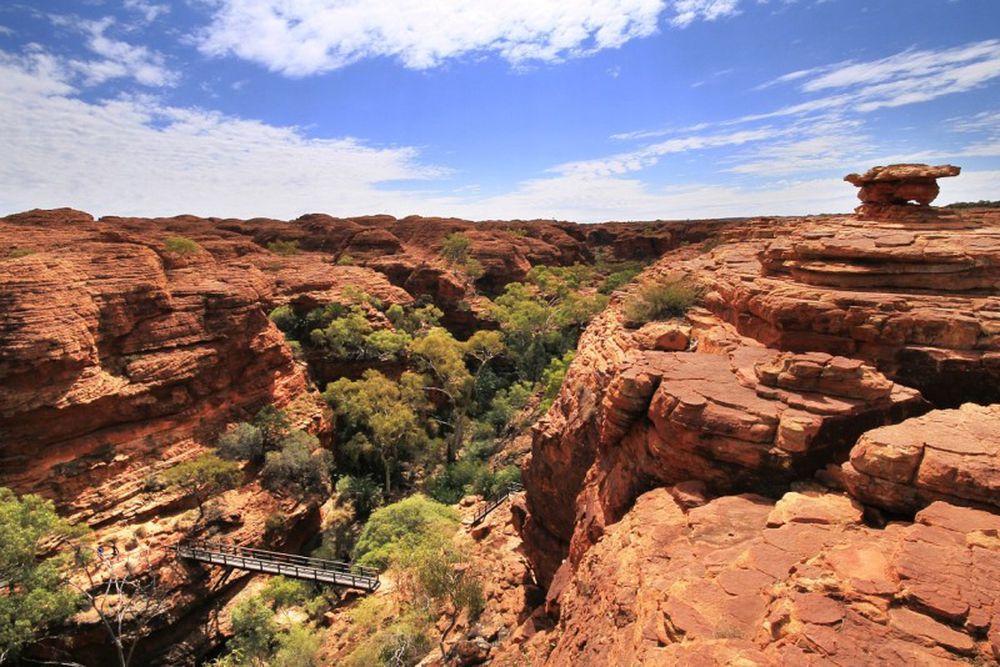 Pull out your camera! Spectacular landscapes await you. 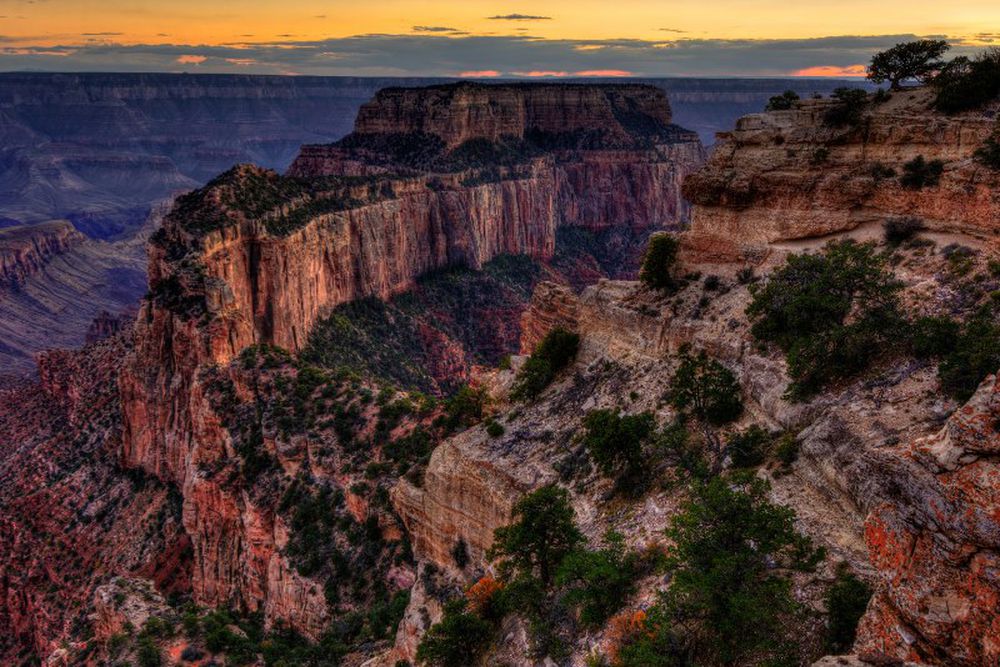 Sit back and let this great panorama take effect on you - just great!

Number one on the to-do list for many Arizona and Grand Canyon visitors is a helicopter flight over the world-famous canyon. This tour starts at the South Rim, flies over the Kaibab National Forest, the Painted Desert and the Marble Canyon to the North Rim and offers you spectacular views over the Grand Canyon. Don't forget your camera, because the shots you can capture here will not be found on any postcard.

The size of the Grand Canyon cannot be properly appreciated by car or on foot. So climb aboard a helicopter and fly for 45 minutes over the most impressive formations of the 450-kilometre-long canyon. Unique rock formations and incomparable colours, created in the course of around 2 billion years of the Earth's history, make up the scenery below you.

You will start at the southernmost point of the Grand Canyon, where you will check in and shortly afterwards take your seat in the helicopter. When the rotor blades turn and the helicopter takes off, your curiosity about what awaits you increases. You will first fly over the Kaibab National Forest, where the world's largest ponderosa pine forest is located - especially in autumn, this is a unique natural spectacle when the leaves turn colourful.

Shortly after the Kaibab National Forest, the southern end disappears from your field of vision and the East Rim and North Rim appear before your eyes. In the distance, you can already see the majestic multicoloured rocks of the Painted Desert. The desert area on the Colorado Plateau stretches in an arc of about 250 km, which you will fly over in no time. With a little luck, you will also discover the 21-metre high Desert View Watchtower from the time of the Hopi, a Native American tribe.

The rest of the flight takes you along the Colorado River further and further upstream to the point where it joins the Little Colorado River. As you cross the North Rim, views of Marble Canyon and Point Imperial, the highest point of the north end, open up to you. Experience the extremes of the Grand Canyon as you then lose altitude and fly south through the Dragon Corridor, the widest and deepest part of the canyon. You will fly over the Colorado River and the Kaibab National Forest once more and land back at the starting point, the Grand Canyon Airport, where the tour ends.

Helicopter flying is an exciting experience. It is not, however, free of danger. You will embark on this experience at your own risk. We are very happy to arrange this experience for you with one of our local partners. You will find more information in your offer.

Duration of the trip: 45 minutes

Please remember to bring the following items with you 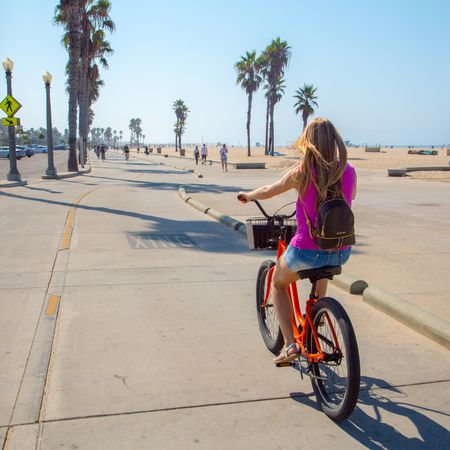 Don’t just drive by the exciting city of Los Angeles - actually experience it! During this bike...