Thank you for your interest in this trip. If you want to revisit this page, use the QR-code shown or use the following link: http://www.itravel.com/select/6957-door-to-hell-in-turkmenistan-off-road-adventure Take an extraordinary journey to a little explored and traveled country: Turkmenistan. You will encounter many different faces, cultures, traditions and landscapes. You can expect both cultural highlights and fascinating desert landscapes From the magnificent capital Ashgabat, we will travel to the Karakum Desert. Explore the magnificent Ashgabat with a personal guide - your city tour includes a visit to the Neutrality Monument. The buildings of the city are made of Italian marble and are gilded.

The mosque is one of the largest in Central Asia and can accommodate up to 10,000 people. Your travel itinerary is as diverse as the country itself. After Ashgabat we will go to the desert city of Damla. Yurt overnight in the desert awaits you on day 2. The Turkmen are considered one of the friendliest peoples in the world. By 4x4 jeep you will drive through the Karakum Desert to the Darvaza Crater, also called the "Door to Hell". Experience this highlight not only by day... ...but also at night, because then you will see the crater in its full glory. You will stay overnight in a tent directly at the crater rim. We provide you with all the equipment. Along the way, encounters with people, animals and other surprises await you.

This trip is customizable to fit your needs
Make An Enquiry

Experience Turkmenistan, the fascinating country between modernity and tradition. Only a few people travel to this country, but here you can discover cities along the Silk Road and get to know the warm-hearted Turkmen people. Start in the otherworldly capital, Ashgabat, and then travel in a 4x4 jeep to the Karakum Desert to the "Door to Hell". Here you will spend the night in a yurt and in a tent on the crater rim.

Upon arrival at Ashgabat International Airport and after completing the formalities at the border crossing, you will meet your guide who will escort you to your first hotel in the capital of Turkmenistan. The city has a population of just over 800,000 and is only 40 km from the Iranian border. The desert city is practically an oasis, supplied by the Karakum Canal, which winds a total of 1500 km across the country. After resting for a bit and freshening up in the hotel room, you will go directly on a city tour of Ashgabat. Did you know that Ashgabat means "place of love"? See the famous sights and learn a lot of interesting facts from your English-speaking guide. Under President Saparmurat Niyazov, who also called himself "Turkmenbashi" (Father of all Turkmen), the country was transformed after independence from the Soviet Union. Furor rose around his figure, so that as a result he had statues of himself and of his parents made of gold. Even the month of January was named after him (and the month of April after his mother). Even after his death, the country, where natural gas and horses are at the top of the export list, remained quite isolated. The successor of "Turkmenbashi" also emulates the architecture of his predecessor.

Your tour will also take you to the ruins of Nissa - the ancient capital of the Parthian state. The fortress is about 2,300 years old and is located just outside the gates of the capital. It has also been a UNESCO World Heritage Site for a few years. The Turkmenbashi Ruhy Mosque, built entirely of marble and golden towers, is the most pompous and impressive mosque in Turkmenistan and, at 91 meters high, is also one of the largest in Central Asia. It can accommodate a total of 10,000 worshippers. After the city tour, return to the hotel or explore the city on your own. 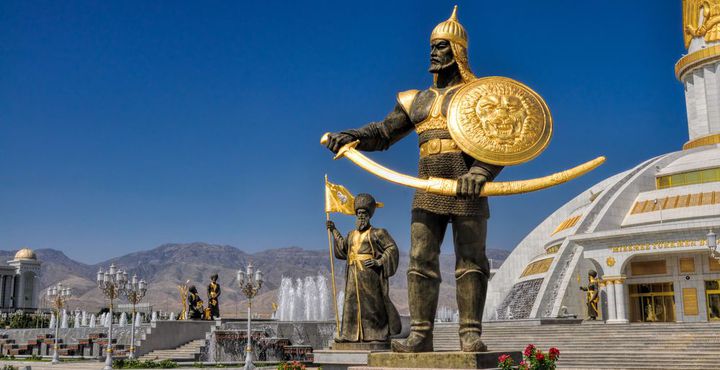 Best time to travel: The best months to travel are April and May and September and October. The temperatures are pleasant then and you escape the hot summers and sometimes very cold winters. In spring you can experience the spectacle of a blooming desert for a short time. The desert landscape shines in many bright colors. But also autumn is worth a trip to the country, when the markets are full of freshly harvested fruits and vegetables.

Day 2: From Ashgabat to Damla - Through the desert

In the late morning, you will be picked up by your personal driver. Your destination today is Damla. But first you will go to the village of Erbent, which is located about 150 km north of the capital and can be reached in about 2 hours. The village forms the first and at the same time the last traces of civilization. Like many settlements in the desert, Erbent is encircled by sand dunes. People here inhabit single-story houses and yurts. The village is supplied with water and electricity only through a pipeline. Stop in Erbent for about 20-30 minutes, explore the village and meet its people. The residents of Erbent are some of the friendliest people in the country. Depending on the season, you can also watch felt making. Afterwards, you will go off-road for about 2.5 - 3 hours through the Karakum Desert and its beauty. The desert covers almost 75% of the country. From time to time you can spot some of the desert animals. The flora here is also a feast for the eyes and if you are already in the desert, then of course you must not miss the spectacular sunset - the experience here is truly a unique phenomenon. Once in Damla, dinner will be served. Turkmen cuisine is similar to the cuisine of other Central Asian countries. The national dish is plof or plov - a rice dish with lamb and turnips prepared in a wok. Before every meal, people first have a dessert, for example, walnut brittle, which is prepared with cinnamon, sugar, ginger and vanilla. Shashlik and lipioshka, a flat bread, are also among the typical Turkmen dishes.

Today you will spend the night in a yurt - a round tent made of felt, straw and leather. It is a traditional tent of nomads in West and Central Asia. Day 3: From Damla to Darvaza - The Door to Hell

The next morning, you will explore Damla. Damla is one of the largest villages you will visit on your tour: About 80 families live in this village. Men take care of the camels and other livestock and women here are mainly engaged in carpet weaving - the methods of carpet making have not changed since the Middle Ages. These villages are completely cut off from the outside world and have no gas, water, electricity or telephone connections. Sheep and goats are still needed here daily as farm animals. See also how the village girls get their hair cut. One of the means of transportation of the village is also the desert ship: the dromedary. Lunch will be served in a house of the village. Depending on the weather and season, you may have a small picnic here in the village. Turkmen are particularly proud of their traditions and way of life, and therefore they are happy to show it to anyone who is interested. In the afternoon, we will go to Darvaza (Derweze) - the door to hell. The journey there takes about 2 to 3 hours. The crater turns into a flaming inferno after the sun sets, inspiring visitors as well as filmmakers. But how did the burning spectacle in the earth come into being? In the beginning, there was a drilling rig that geologists used to search for gas. One day, this very rig sank into the ground because there was an underground hole underneath it filled with methane gas. The researchers plugged the gas cloud, hoping it would go out after a few days. But that's exactly what never happened. And now the "door to hell" has been burning continuously since 1971. Those who want to get to the crater don't have it easy. Only those who know the area know the way, because there are no signs. At night, the fire of the crater illuminates the sky in bright orange tones. If you are looking for the absolute thrill, you can go all the way to the crater rim, because it is not fenced off. So far, only a few tourists have sighted the phenomenon, because even more than 25 years after the fall of the Soviet Union, Turkmenistan is one of the most isolated countries in the world. Annually, hardly more than 12,000 - 15,000 tourists are recorded here. The country remains a hidden gem and brims with authenticity.

Finish the day with a picnic and taste delicious nomadic dishes.

Day 4: From Darvaza to Ashgabat - Back to the Capital

After breakfast at the crater, you will drive back to the capital along the highway that connects the northern regions of the country with the capital. On the way back, you will stop at two other gas craters: one is filled with water and the other with sulfur. You will arrive back in Ashgabat around noon and have the entire evening at leisure. Enjoy another walk through the illuminated city - the buildings look great when they are lit up by thousands of spotlights at night. 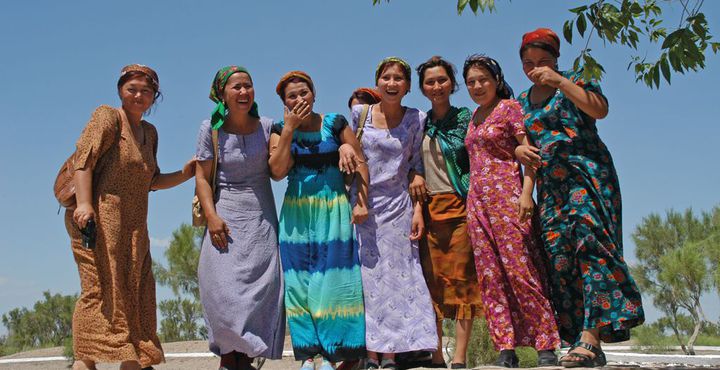 Today is your last day in Turkmenistan. Depending on the flight time, you will be picked up at your hotel and transferred to the international airport. We are happy to extend your stay in Turkmenistan or in one of the neighboring countries like Uzbekistan, Kazakhstan or Iran. Just contact us. itravel - for that moment. 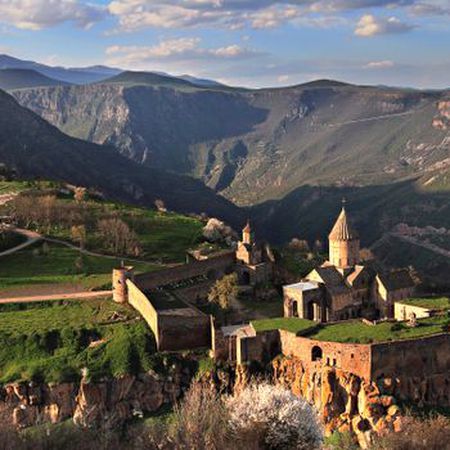 Armenia round trip - Following the footsteps of Christianity

In the Caucasus, between Europe and Asia, lies the historic mountainous country of Armenia — the... On the threshold between Europe and Asia, nestled between the highest Caucasus mountains and the... Oman is much more than colourful souks and magnificent palaces. 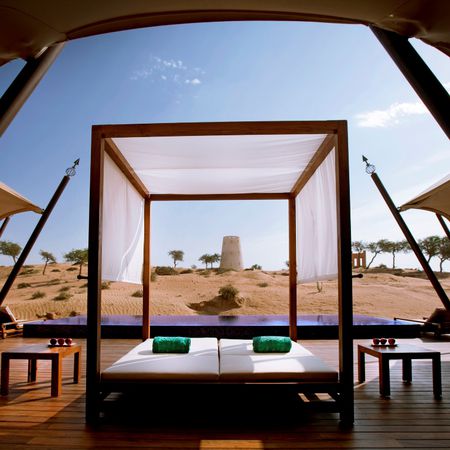