Thank you for your interest in this trip. If you want to revisit this page, use the QR-code shown or use the following link: http://www.itravel.com/select/8005-amman-city-tour The theater dates back to its heyday under Roman rule and is still well preserved today. It is absolutely worthwhile to let yourself drift a little, there is much to discover! Because of the many bright buildings, Amman is also known as the "White City". Since the 1970s, Amman has developed into a commercial metropolis. History and modernity meet everywhere in the city. More than millions of people of different origins live in Greater Amman.

Get ready for a journey through history! From the Iron Age to the ancient world to the modern age - in Amman, culture, traditions, and life in the 21st century merge into an exciting mix. As one of the ten major cities of the Decapolis of the Roman Empire, Amman boasts many well-preserved buildings from ancient times.

Guided tour through the capital of Jordan

The capital of the Hashemite Kingdom of Jordan has many sights and surprises in store. After breakfas,t you will be picked up at the hotel and your journey through the ages will begin.

A visit to the Roman Theater and the ancient citadel are on the program, as well as the Archaeology and Folklore Museums. You will also have lunch at the famous Windmill Restaurant.

The well-known origins of the city go back to the biblical age, where the city was known as Rabbah. After the conquest by Alexander the Great, this name was changed to Philadelphia, which also existed during the occupation by the Seljuks and later by the Romans. Philadelphia, as one of the ten cities of the Roman Empire in the East, was a member of the so-called Decapolis. Many of the city's sights, such as the massive ruins of the citadel, which are still preserved today, date from this heyday.

Today the city is also known as "the White City", due to its numerous white houses, some of which are still whitewashed and isolated according to traditional customs.

There is hardly any other city in the Arab world where you will encounter a greater diversity of cultural influences, people of different origins and beliefs, as well as ways of life. Amman is a modern melting pot, a city with a great history, where traditions are still alive today. Embark on an exciting journey of discovery!

Date of the trip: Half day tour

Highlights of Jordan - 8,000 years of history, culture and traditions The ruins of the ancient city of Gerasa are among the most important monuments of Roman culture. 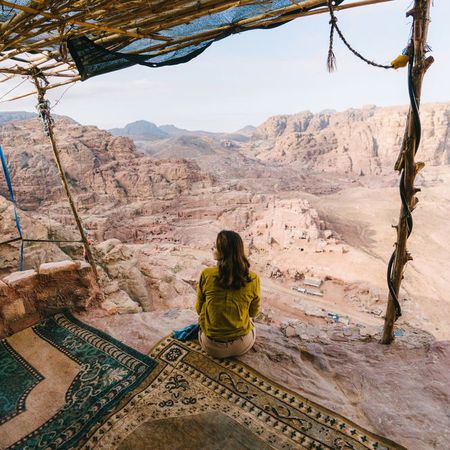 Biblical sites, ancient Roman and Greek buildings, and the remains of one of the first... 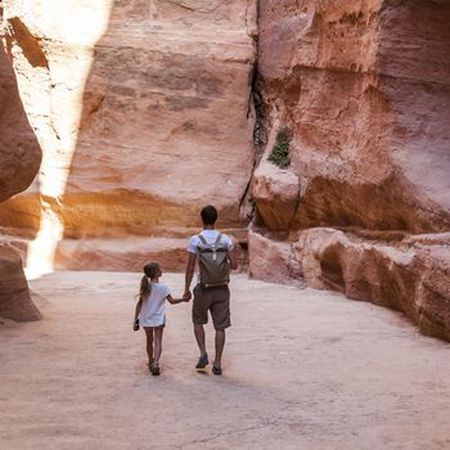 Come with us to Jordan, the land of the Nabataeans and the Bedouins - and bring the family with...

Highlights of Jordan - 8,000 years of history, culture and traditions

A country living in the space between tradition and modernity - that is one way to summarize Jordan.